About Costa Rica:
Costa Rica literally means "Rich Coast", officially the Republic of Costa Rica. In Spanish, República de Costa Rica, is a country in Central America, bordered by Nicaragua to the north, Panama to the southeast, the Pacific Ocean to the west, the Caribbean Sea to the east, and Ecuador to the south of Cocos Island. It has a population of around 5 million inhabitants, of whom nearly a quarter live in the metropolitan area of the capital and largest city, San José.

Costa Rica is very famous for its nature and biodiversity which represents around 5% of the world's biodiversity, designating the country as one of the most beautiful destinations for nature tourism.   From rainforests, cloud forests and tropical dry forests to a large agricultural sector including coffee, bananas, pineapple, sugar, beef and dairy, Costa Rica has much to offer and experience. The country has two seasons - the dry season and the rainy season. The "summer" or dry season goes from December to April and "winter" or rainy season goes from May to November. However, temperatures stay tropical and warm year round. 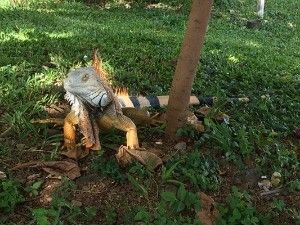 Many beautiful and exotic animals can be seen in Costa Rica, such as the sloth, monkeys, iguanas, crocodiles, and various stunning birds. You can find many beautiful beaches to spend the day relaxing or learning how to surf, or go on an adventure and hike to a waterfall or volcano. Although a small country, don’t expect a quick journey anywhere due to the winding mountain roads through the jungle. While the coasts are full of beautiful beaches for swimming and surfing, the inland is mountainous and perfect for hiking and nature lovers.

"Pura Vida, which translates to "pure life", is the saying to know while in Costa Rica. The locals use it to say everything: goodbye, hello, good, thank you, and even you're welcome. Life is simple and happy; stress and worries are pushed to the side. The people here truly enjoy life."

What to Expect:
IFYEs will arrive in San Jose and spend a couple of days there before going to host families. Also, you could have a wild experience and unforgettable nature living in National Parks with volcanoes.

The main language in Costa Rica is Spanish. A little knowledge of Spanish before going on program will certainly help you in Costa Rica. However, you can get by and will learn some along the way if not.

Ticos, the name Costa Ricans give themselves, are such warm and inviting people and will welcome you right away into their homes and their hearts. While in Costa Rica, expect to be treated like family by someone you've just met.

"Being a fairly laid back country, be wary of ‘Hora Tico’ or Tico Time, meaning it’s okay to show up a little late to things because no one is in a hurry," continues Kelley (2016 IFYE).

You'll eat some delicious Costa Rican food which commonly consists of rice, beans, plantains, fresh fruit, meat, or fish, and learn how to make homemade tortillas.  Rice and beans are main staples of the Costa Rican diet; so, expect to find these dishes at almost every meal.

"There's a chance you could be staying in homes with no hot water or access to Wi-Fi, but the point of this exchange is to experience a different way of life! Most of all, you should go to Costa Rica with an open mind and expect to change and grow immensely out of your experience during your exchange,"  concludes Taylor.

Kelley  remarks, "Be careful when you visit Costa Rica; you will leave with a new extended family of Ticos waiting for the day you return."

IFYEs at Work and Play